Two poems in one day. That must be a record…but it is late, and the first was from early morning.

Olympia SM3 for the typing, and the Leica M9 Monochrom with the 7Artisans 50mm 1.1 lens for the shot.

[The poem has been edited slightly since its first appearance here.]

9 thoughts on “41. Urban Angel (through a very dirty window)” 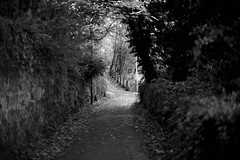